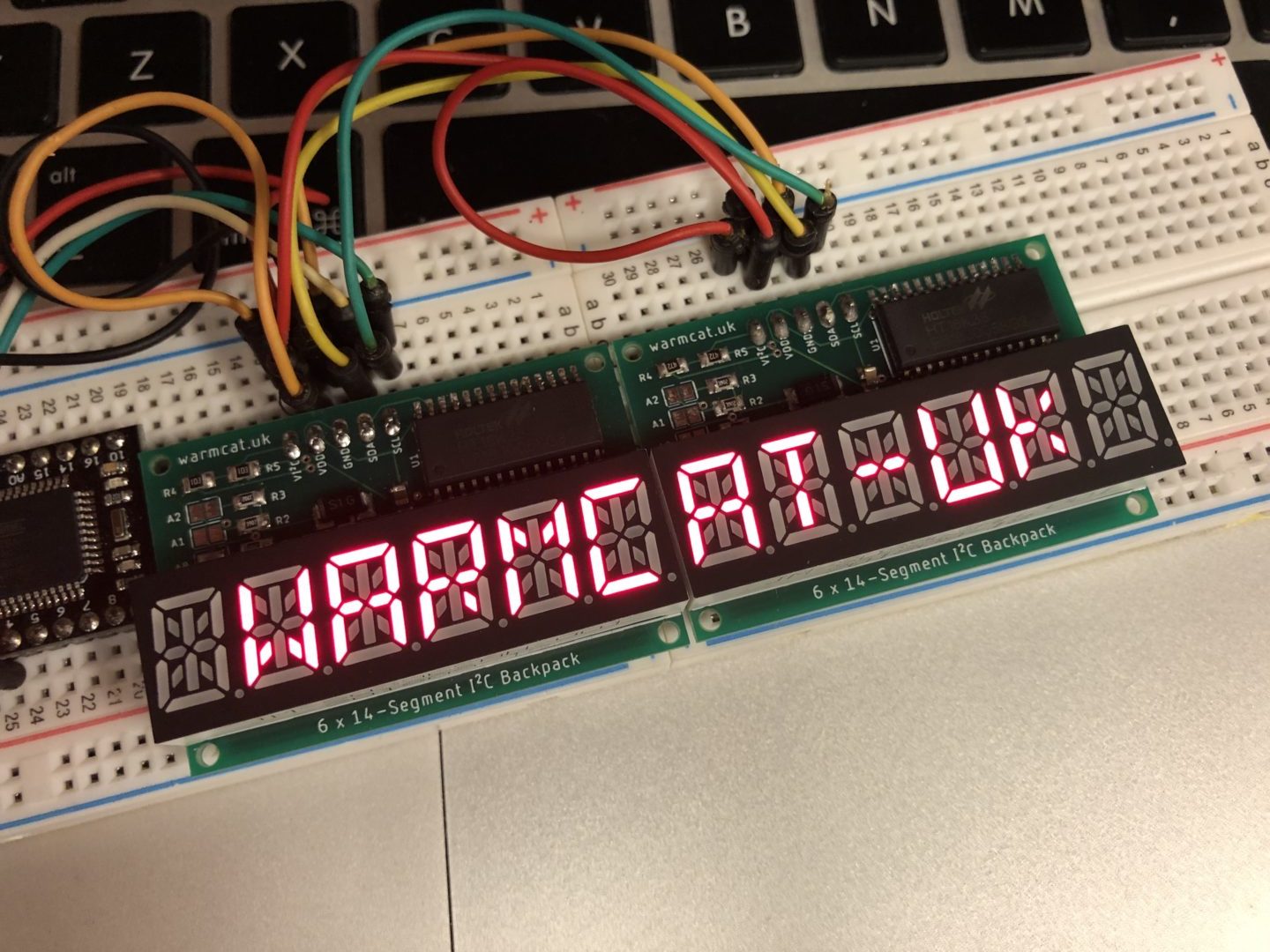 When working on a Geocaching Project, I ended up with a substantial number of small 6×14-segment displays:

Remembering how useful Adafruit’s 4 digit 14-segment display backpacks were, I thought it might be a good idea to manufacture some similar backpacks utilising the smaller 6 digit displays.
I created a prototype in Eagle and had some boards manufactured in china. Unfortunately, due to the size of the HT16K33 IC and the display being somewhat similar, I was unable to locate the IC under the display as is the case with the larger Adafruit backpack. Still, more than small enough for most projects:

These prototypes worked great, so I began creating a new Arduino library with plenty of example code, which would support multiple displays. By simply setting the number of displays when instancing the library object, up to eight displays can be used easily.

If these are going to be manufactured and sold, then they need to look a lot prettier. Additionally why not make use of that extra space thanks to the HT16K33? Plug and socket so that the displays could be “daisy-chained”. Some changes were made whilst enjoying the view on holiday in Crete:

The new prototypes turned out well, with only a minor further change to be made before I was happy enough to place a large order.

Below is a project by Daniel using the same code for his awesome teletype terminal and display: